Did you miss Chapter 1? Get caught up HERE!

Ava clawed her way up a steep embankment and slid to an ungainly stop. The shelf against the cliff was too narrow for her bear.

She shifted and shuddered at the icy blast of wind that cut into her uncovered face and hands. She wasn’t dressed for a storm. Boots and a hat. Everyone wore that but they had come out looking for Tara in animal form, she hadn’t bundled up thinking she would need extra winter gear. But now, at the top of this damned mountain ridge, she wished for gloves. A mask. A parka. Goggles. Everything.

Every breath hurt. Her skin tingled and burned like she’d touched a hot stove.

The storm had brought in sub-zero temperatures again. She breathed slowly through her nose, letting her body warm the air before it got to her lungs. Both Penny and Naomi had told them over and over not to breathe cold air through their mouth. Something about freezing their lungs or drowning or something. It hadn’t sounded pleasant.

She inched along the shelf, following the fresh paw prints. Around a corner she came to a break in the shelf. He’d jumped it. But she didn’t have that option. Her bear was enormous, and this little shelf of rock was barely three feet wide. She pressed her back to the cliff and tried not to look down at the snow and rocks below. The fall wouldn’t kill her, but it wouldn’t be pleasant either.

She grabbed an outcropping to her left and stretched her foot over the break. An extra gust of wind bit into her face, blowing her hair into her field of vision. She held on tight, frantically looking for foothold, but finding nothing but air. Another gust shoved her hard into the cliff wall, knocking air from her lungs. She fought the urge to gasp.

She breathed a little through her nose, fighting the burn. She’d been stupid to follow him up the mountain. The air was thinner. Colder. She was going to die up here on this mountain and he didn’t even care. How could her mate not give a damn? He’d saved her from his pack? Now he led her on a wild chase so she could die from exposure. Didn’t he know anything about this weather? He’d been here as long as she had.

Her fingers slipped a little. The cold was numbing them. She looked up, willing her grip to tighten, but it was no use. She could see her fingers slipping.

She used the last bit of energy she had to launch herself across the break, hoping her foot would finally find solid ground. It hit the edge instead. She felt her body crumple and slide down the cliff face.

A scream tore from her throat and echoed along the wall.

Her elbow smashed against a rock.

Her feet flailed, looking for any foothold as she slid.

Her ribs hit something. A protruding rock. She managed to wrap her whole right arm around it, halting her fall, temporarily at least.

Her legs dangled uselessly. No footholds. Only smooth cliff walls.

Her arm trembled and her lungs burned from the small slow forced breaths she was taking. She wasn’t going to be able to hang on very long and the fall down the ridge was going to be a bitch. She could survive it if she could keep her head safe.

He turned back toward the ridge he’d just come over. He’d taken it because he knew a bear wouldn’t make it across. Had the female been stupid enough to try anyway?

He snarled and turned around, retracing his steps back over the ridge, back to the narrow shelf of stone he’d used to get across the mountain face.

He topped the ridge and turned the corner. His heart stopped at the sight ahead. She was dangling between the rocks. Between the break in the shelf that he had cleared with an easy hop. But she wasn’t in bear form. Not anymore.

Her legs swung wildly, looking for support. Her arms were wrapped around a narrow protruding rock. He squinted his eyes in the cold icy wind that had to be battering her against the cliff.

The storm had let up. Visibility was better. But the wind was colder than ice. This world had been difficult to adjust to and staying in wolf form had been the best way to survive it. His beast ran hotter than his human form.

Another cry came from his mate. He could see the glow of the soul call in her face. Her hands. Wherever skin showed, the magick shined through. It was a sight he’d given up ever seeing. And now he was seeing it in a female of the bear tribe.

How could this be happening? Why would fate be so cruel?

He bounded along the shelf and stopped at the edge of the break, down at her. She was at least three feet below him. His wolf huffed at her and her body stilled. She glanced up at him, the fire in her gaze burned with anger.

Ass? He wasn’t sure what the term meant, but it was angry. The tone he understood.

“Are you just going to watch me die?”

No. He didn’t want her to die. He’d fought his brothers to keep her alive. Why had the stubborn female followed him? The dragon would kill him on sight. He’d helped his Vaaedri—his prince—his friend—steal another male’s mate. Then he’d turned on his own pack. He would be branded aonkan at the very least. Most likely killed on sight. He was a traitor.

He had to shift.

But it was safer to be a wolf. Being a man was dangerous. Unknown. He was better as his beast.

Help mate. Now. His wolf repeated and pushed against his hold. The beast wanted him to let go. It wanted its mate. He did too. But they were doomed.

He released and his body morphed. He hadn’t been a man in so long. Even back on Reylea, wolves tended to stay beast more than man. The cold of the wind bit against his bare flesh. He wore only a tosa. No foot coverings. But he did have an ax.

He pulled it from the strap at his waist and leaped across the opening to the other side of the ledge.

“What are you doing?” The language was still settling in his mind. The magick hadn’t quite rounded out everything yet. She was the first person he’d spoken to in years. Even here in this new world, he’d refused to shift and go into town with the others.

He’d listened to them talk about the bear and his mate. He’d listened to Raish go on and on about getting vengeance. He’d helped guard the human woman when the pack had brought her up the mountain. But he hadn’t shifted. He hadn’t spoken.

He swung the blade, sinking it into the rock to act as an anchor. Then lowered himself over the edge.

“Climb?” he said, searching for the right word in his mind. The language was strange on his tongue. “Climb me.” He hung to the ax with one hand and the ledge with the other, lowering his body completely. His legs were close enough that she should be able to grasp them.

He felt a twinge of something when her fingers grasped at one of his ankles.

“Shit.” She growled. “You know, if you wanted me to climb you like a tree, the easiest way would’ve been not to run from me.” Her fingers dug into his flesh as she pulled herself up his legs. To his waist and then finally to his shoulders. Her legs wrapped around his waist and she buried her face into the crook of his neck, breathing ever so slowly. “You’re warmer than me. Sorry, just had to take a second.”

“Stubborn female. You not follow.” He huffed out under his breath.

Her hands tightened. Her body tensed against his. “Let’s just get off this damn mountain before we both die.” She reached for the ledge above his head. Grasped it and used his shoulders to push herself up and over.

His inner wolf sighed with relief.

“What’s your name?” She peered over the ledge, holding out a hand to help pull him back up.

“Ryder,” he answered, lifting his hand from its grip on the rock ledge.

A snap cracked through the howl of the wind. The stone beneath the ax broke away. His female—his mate—scrambled for a hold nearly falling with him.

“No!” her scream chased his body as it dropped down the cliff side.

She was so beautiful—his mate. Her face would be the last thing he ever saw.

Stone slammed into his side. He couldn’t see her anymore. Pain blinded him to all other sensations. Then the pain disappeared into blackness. 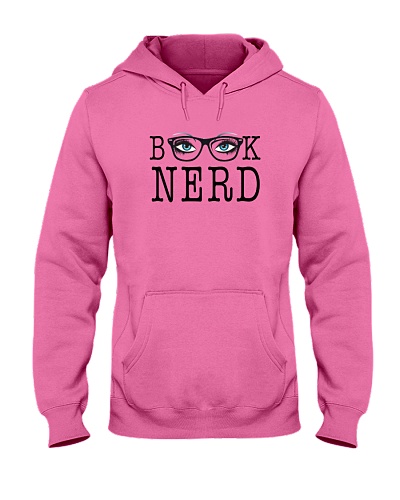 More coming soon! Be sure to leave a comment and let me know you stopped by!