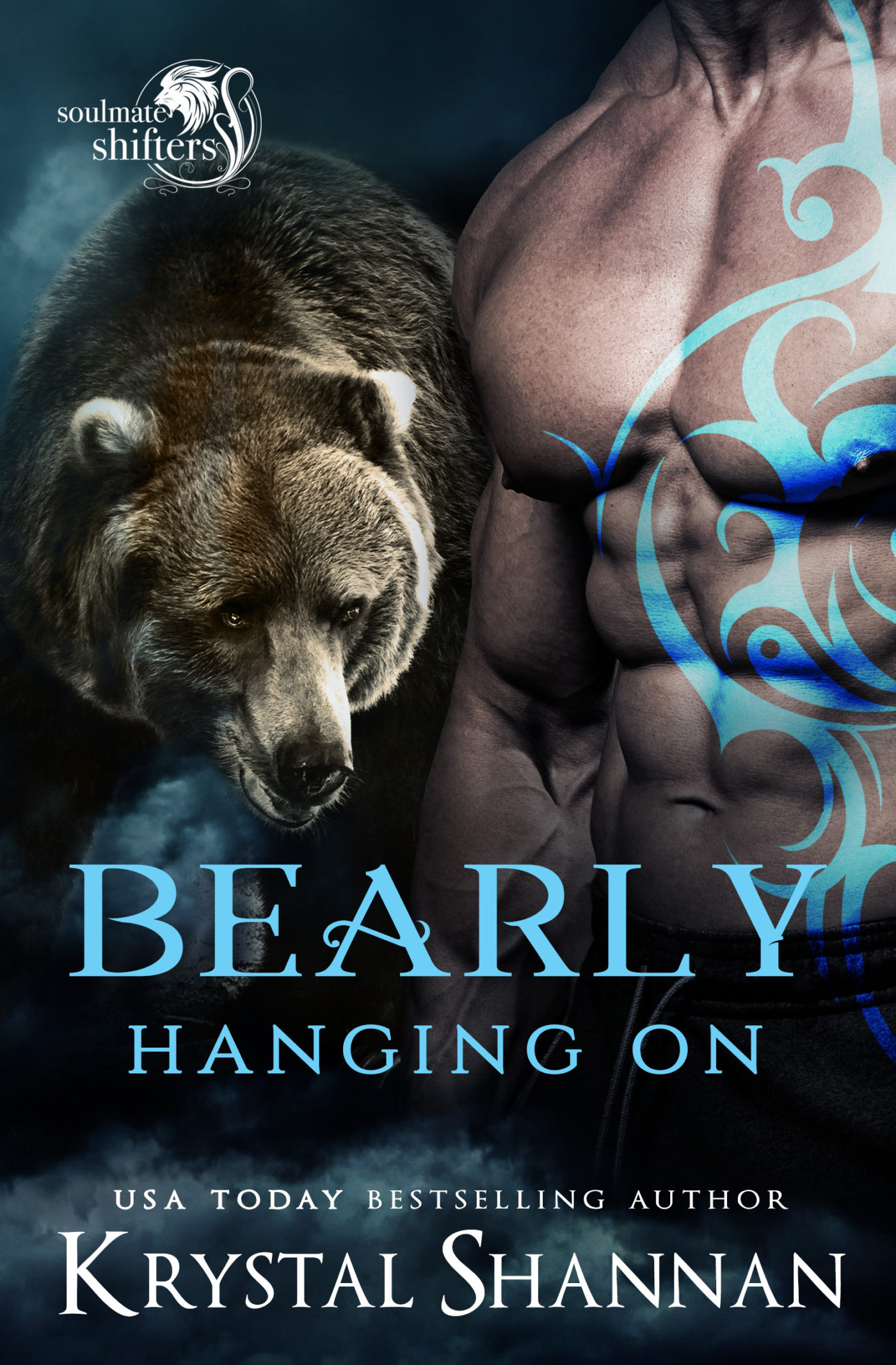 The best type of romance is the one that’s forbidden.

Owen’s become an outcast for losing his Tribe… and that label is enough to prevent him from claiming his mate under pain of death. Tara won’t understand that he’s a bear, anyway. She’ll be scared. She’ll run away. So he keeps his distance...for now...

But Tara’s being hunted by a group of guys who act more like a pack-- because they are. Wolf shifters are nothing to joke about, and once they attack Owen can’t stay away any longer.

Owen is large. Untamed. And damn, he’s good in bed. The connection they have is deep and undeniable, the lust they have for each other something primal.

Yet the wolves are still lurking-- they’re out for revenge, and they won’t stop until they have Tara. If Owen wants Tara as his mate, he’ll have to fight to the death to keep her.

A sexy adventure that’s got thrills (and wild romps!) around every corner, Bearly Hanging On is the third book in the scintillating Soulmate Shifters in Mystery, Alaska series. If you like paranormal romance featuring protective bear shifters who love pleasuring and defending their women, then what are you waiting for? One-click to start reading this action-packed love story today!