My Dragon Masters, book 2 in my Sanctuary, Texas series, is now available at the below retailers!  This is not your ordinary Paranormal Romance.  Dragons, djinn, and twins…oh my! 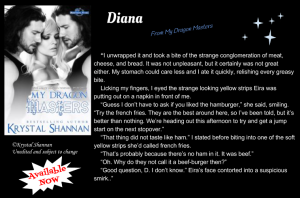