Welcome to Sanctuary, Texas!  The next installment in this series, My Eternal Soldier, will be released soon so don’t miss out on picking up book 2 now!    My Dragon Masters is not your ordinary Paranormal Romance.  Dragons, djinn, and twins…oh my! 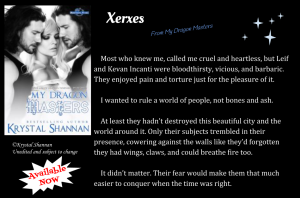