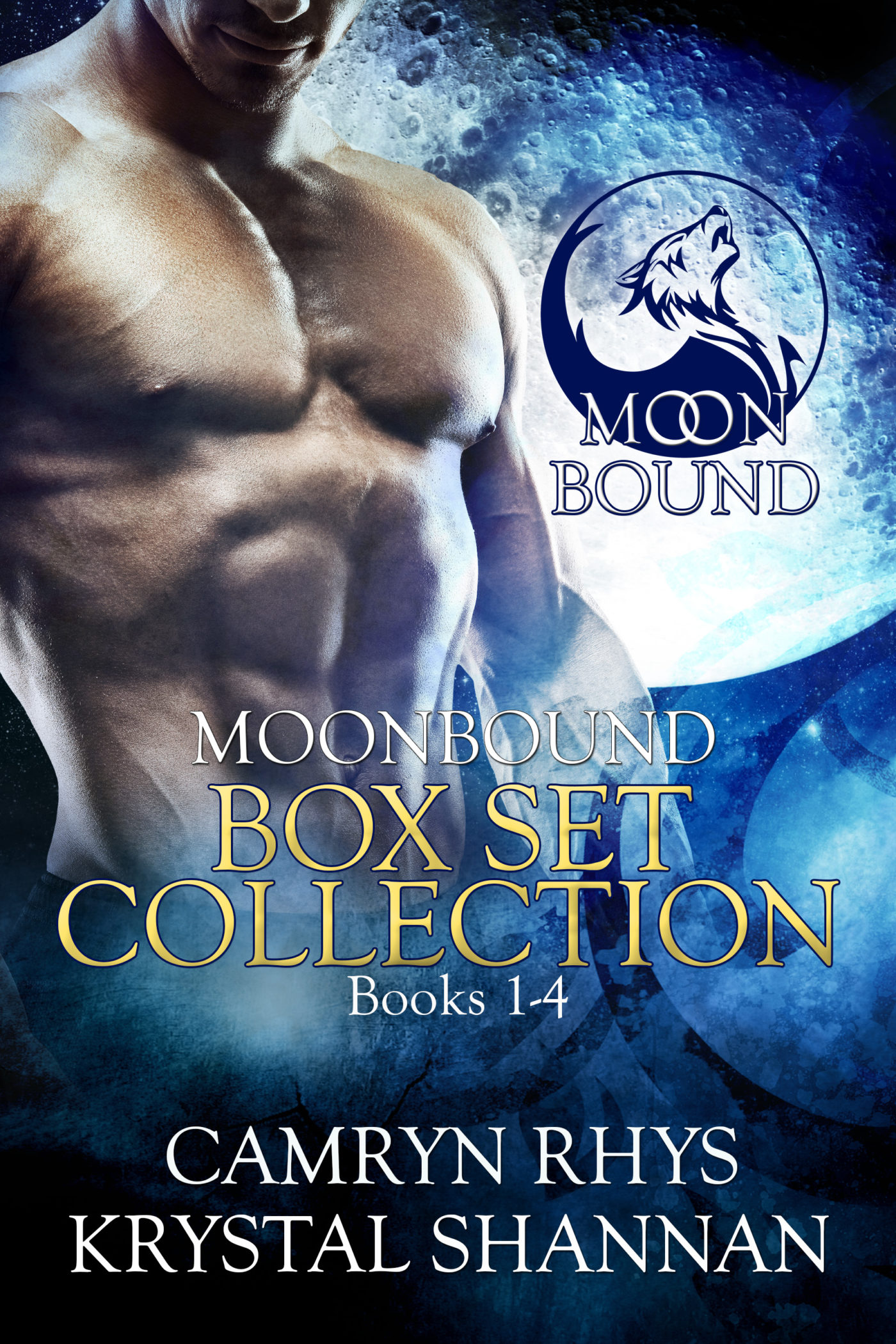 Werewolves in the Moonbound World discover un-bonded wolves that lead them into an adventure they'll never forget. And some of them may not survive...

BOOK ONE: THE WEREWOLF COWBOY
A wolf divided by two worlds…
torn between desire and destiny...

Small town sheriff, Allan VonBrandt, would like nothing more than to focus only on his work and not on the leggy and irresistible brunette who won't take no for an answer. But when Fate steps in and his inner wolf won't refuse the magick pull she has on him, Allan must confront his animalistic desires--whether he wants to or not.

Reyna DuBois has never met a man--or wolf--she can't tame, but Allan just might be the stubborn exception to the rule. Refusing to give up, Reyna enlists the help of her inner wolf to seduce the ever-reluctant sheriff, promising this particular cowboy the ride of his life.

BOOK TWO: THE WEREWOLF BODYGUARD
After facing a major blow to her ego, werewolf bodyguard, Aria LeBlanc decides to drown her sorrows in the delectable tastes of renowned chef, Marco DiSanti. But one little taste is not enough--for either of them. As they begin to sample more and more, Aria uncovers the truth about Marco’s past.

As an unbonded and unstable werewolf, Marco worries of getting too close--uncertain of his ability to control himself after shifting. Fearless and courageous, Aria promises to guide him, helping him to confront his past and embrace his future. But can Marco let down his guard and give his body--and soul--to the bodyguard who stole his heart?

BOOK THREE: THE WEREWOLF RANGER
Unbonded wolves are unsafe--something Rainer "Rain" DuBois knows all too well. As a former leader of the Black Wolf Rangers, it's his job to find them, protecting packs from all over the country. With a mission to lead a team of enforcers into the heart of Mexico to face off against a madman, nothing can derail him from his goal.
Until he meets Nora Cavanaugh...
Teaming up with Rain is just what Nora needs to escape her relentless and unforgiving family's grip. Always forced to walk the line, Nora craves a little rule-breaking of her own. But working with Rain ignites a magick that Nora thought fizzled out long ago. Giving in to that pull, that familiar and hot sensation, just might put them in more danger than they ever imagined.

BOOK FOUR: CHASING A WOLF
Vegas pack enforcer, Tomás Rivera, will do anything to help the mysterious Citlani find her mother. As the daughter of an unknown mountain pack chief, Tomás finds Lani entrancing and irresistible. As a fire erupts between them, igniting passion and desire, they don't realize that the closer they get to locating Lani's mother the closer they are to danger. With a vindictive traitor on their tail, they must battle their enemies while still fighting for what they discovered along the way--each other.

GET YOUR COPY HERE

An Excellent, Well-Written and Intriguing Story That Holds You In Its Grip!!” –Amazon Reviewer