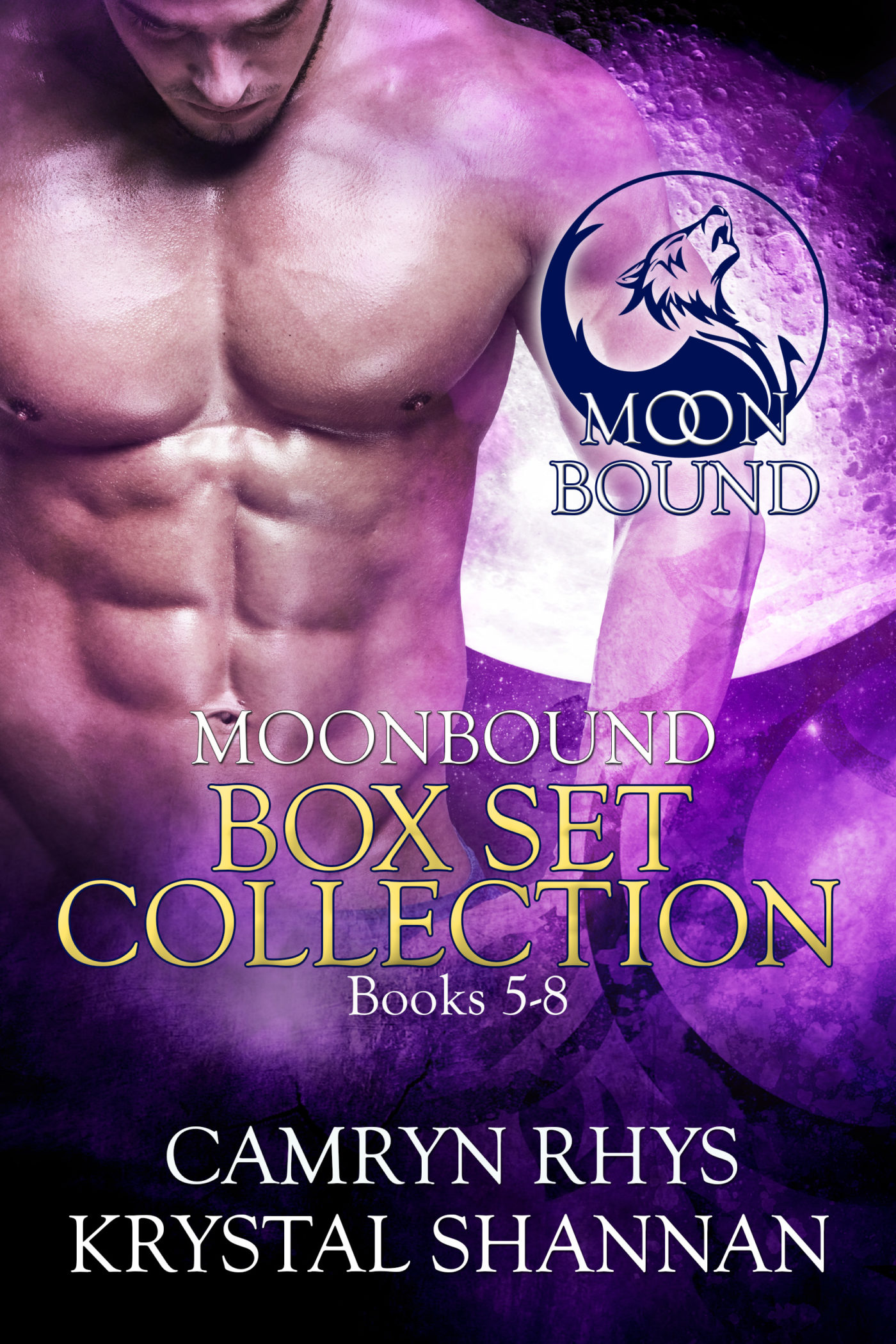 Werewolves in the Moonbound World discover un-bonded wolves that lead them into an adventure they'll never forget. And some of them may not survive...

BOOK FIVE: SEDUCING A WOLF
She's an enigma.
Controlling and driven by day.
Sensual and submissive by night.
And his plan is simple...
Seduce her into submission.

In order to find the crack in an enemy's business, Alejandro Sureda and his team must find a weakness on the inside. And their rival's beautiful daughter, Juliana, is their greatest shot. But when Alex starts to feel a connection for her, he has a decision to make: protect her from the truth or reveal her father for who he truly is.

BOOK SIX: SAVING A WOLF
A battle between loyalty and conscience.
Magick and desire.

Blissfully unaware of the depth of Rossi's organization, Luther Frost has remained loyal to the one man who's always protected him. And needing Rossi to survive becomes his ultimate problem.

When the strong-willed and persuasive Maggie Gallagher convinces him who his boss really is, Luther is torn between his loyalty to the man who keeps him alive and to the woman he desires. Resisting their magick is out of the question, but exposing the dangerous and vengeful Rossi could cost Luther his life. Now it's up to Luther to decide: turn against his boss or turn against his conscience? Only one can win.

BOOK SEVEN: BROKEN WOLF
Paying a debt may cost him his life--or his heart.

When an old friend seeks his help, Russian mercenary Vadik Nabatov doesn't hesitate for a second. After all, he owes Luther his life. But something is off. Luther isn't the same, and even a professional like Vadik might be in over his head. The last thing he needs is to enter into enemy territory with Andrea VonBrandt, who stirs up a desire in him that he thought was long gone.

But sitting back and letting Andrea go into a madman's lair as his submissive and downtrodden slave is asking too much. She can't possibly face a crazy billionaire alone. Now, it's up to Vadik to save the woman, so he can save his heart.

BOOK EIGHT: HUNTED WOLF
With plans to kill a psychopath, nothing will stop him.
Not even the magick.

Holding a gun and storming a beach like a courageous soldier is strange territory for Hannah Lee, a quiet Seattle doctor. Stepping foot on that beach changes everything for her. Feeling an undeniable magickal pull, Hannah knows her real mission: find the wolf who sets her heart on fire. She never expected him to come in war paint and Kevlar, wielding an automatic weapon. But Viper has an agenda of his own--despite the attraction he so desperately feels. Will he succumb to the magick or will his vendetta stand in the way of what Fate desires?

GET YOUR COPY HERE

The absolute amazing second half of a fantastic paranormal romance series!” –Amazon Reviewer