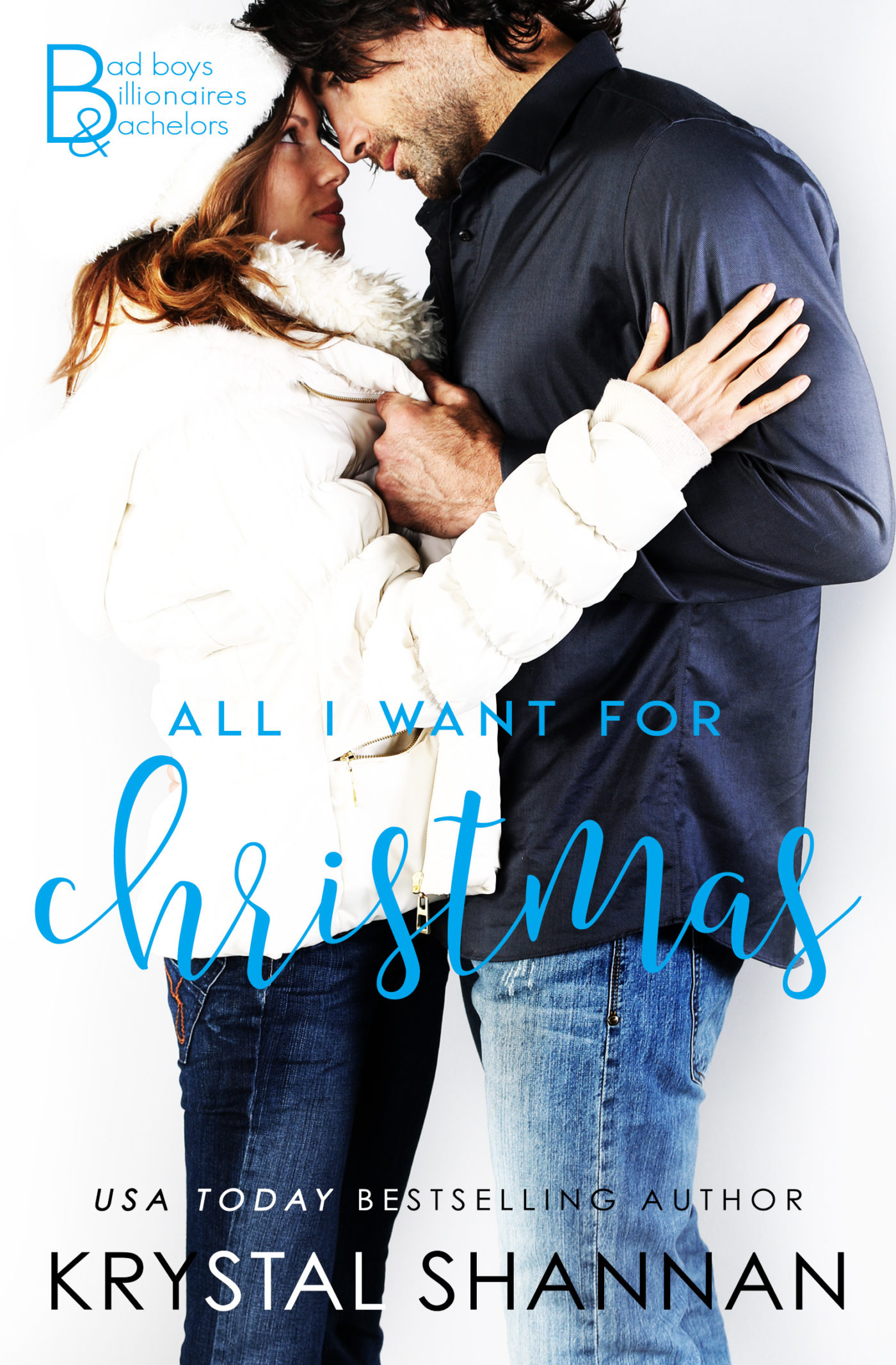 All I Want For Christmas

A holiday second chance romance. He finds hope and she finds a way to love Christmas again.

The scent of cinnamon and spicy cider was one of Peter Gibson’s favorites. It was the scent of Christmas. It always brought back the fondest memories of laughter and love he’d shared with his late wife.

Diane had been gone for nearly a decade, but they’d started the tradition of dressing up as Mr. And Mrs. Claus for the Somewhere Holiday Stroll fifteen years ago.

He hadn’t stopped. Diane wouldn’t have wanted him to.

Sixteen amazing years with a woman that never gave up.

Brain cancer stole her away from him, but even to that last breath, he couldn’t remember a time when she wasn’t smiling, laughing, or singing. Or telling him everything would be okay.

She had been his world, and this Christmas parade was his way of honoring her memory. He’d made her a promise at her hospital bedside to keep their tradition going. “Remember the past, but always look forward, my love.” Those had been her last words. “You never know when life might surprise you.” She’d been giving him permission to move on,  but he hadn’t found a reason to change his routine yet.

He hadn’t moved on. Hadn’t even tried.

It was going to take a helluva surprise to knock him off the comfortable path he’d followed since losing her.

Peter patted Lady’s rump, one of the quarter horses from the VonBrandt stables. The family had been kind enough to lend horses this year, along with the funds to buy all the gifts and food for the party at the end of the parade. Every year, he worked with the theatre in town to organize the parade. Every year, he was surprised by the generosity of the families who lived in Somewhere.

Aaron himself had shown up with the horses and was helping hitch them to the wagon Peter had re-built to look like a sleigh. It still had wheels, but you couldn’t see the back ones through all the painted plywood, garland, and plaster forms that transformed a plain old-timey wagon into Santa’s festive ride.

“You know this sleigh is getting old, Peter,” Aaron VonBrandt said, buckling the harness onto the mare opposite Lady.

Peter glanced over Lady’s back and grinned. “Old but sturdy.”

“I’ll have to remember that the next time Luke or Noah calls me old.”

“Those boys of yours are growing up fast. Both of them have girlfriends now, right? I saw them at Joe’s the other day.”

Aaron nodded. “Yes. They surprised us this year. But the boys tend to do everything together, so it shouldn’t have caught us off guard that they both found someone within six months of each other.”

A green Celtic tattoo peeked out from beneath the wristband of Aaron’s sweatshirt.

Peter raised an eyebrow, remembering tattoos very similar on both of Aaron’s sons and their girlfriends. “What’s up with the tattoos?”

Peter shrugged. That answer was good enough for him. Who was he to judge what other people did to commemorate love. He dressed as Santa and kept his wife’s old Mrs. Claus robe on the seat next to him. Nostalgia could be found in anything big or small. A robe or a tattoo.

Still, that meant both boys planned to marry the girls they were now dating, right? Surely a family tradition dictated more than just girlfriend status before tattoos were in order.

He smiled at Aaron. “That’s a really great way to honor commitment.”

The broad shoulders of the large man fell just slightly and the look on his face could only be read as relief.

“You don’t show them very often, do you?” Peter asked, prodding the uncomfortable benefactor. It wasn’t often anyone saw a VonBrandt unprepared. They tended to take charge wherever they were, and no matter the situation.

“The boys have less inhibitions about showing off their ink,” Aaron answered, shrugging off the last of his tension. “My wife and I like our privacy.”

Peter nodded. “Nothing wrong with that. Thank you again for the support this year. I know the theatre board has probably already gushed their appreciation, but I wanted to be sure you heard it from me as well.”

“The Holiday Stroll is a wonderful tradition. It always makes the town feel smaller and more connected. Everyone comes together for the holidays. As they should.” Aaron took a step back from the harnessed mare and crossed his arms over his chest. “I’ll see you back at the theatre, Santa.”

Grabbing the big red coat from the back of the sleigh, Peter yanked it on and fastened it around the pillow he’d strapped to his otherwise flat stomach. He pulled out the wig and beard and put those on too.

“Ho ho ho.” Peter patted his padded stomach and grinned at Aaron. “Would you go tell the girls in the car over there to put their phones away and come on over. I need my elves.” He pointed to the red four-door vehicle parked a few spaced away from Aaron’s horse trailer.

Aaron nodded and headed for the car. Before he got there, the driver’s and passenger doors flew open and the two teenage girls inside emerged, giggling and laughing.

They were dressed in bright red and green elf costumes, complete with striped tights and pointy velvet shoes. One of them pulled a giant red velvet bag from the back seat of the car. It was very full and very lumpy, already stuffed with the candy and treats that would be tossed to the audience as they made their trek down Main Street and back up Third, to the Piper Theatre for the party.

He’d have another bag at the theatre with  gifts to pass out to the children.

“Ladies, thank you for volunteering to be my helpers this year.”

“No problem, Mr. Gibson,” the high-schoolers answered in unison before clambering up into the back of the sleigh.

“It’s actually a sought after spot,” one of the girls said, winking at him.

He shook his head and climbed to the front seat. Teenagers baffled him, especially girls. Plus, he had a feeling whatever she was alluding to, he didn’t want to know. Better to just nod, grin, and move on.

Aaron picked up the leads and handed them to him from the ground.

Aaron stepped back and Peter clucked his tongue, guiding the mares out of the parking lot on the east side of the theatre. It was already starting to fill with cars.

Families arriving for the party were rushing every which way, trying to find a good place to stand for the parade. The roads directly around Town Square had been closed off to traffic and were being closely monitored by deputies. He could see Allan VonBrandt, Aaron’s brother, standing in uniform on the corner of Main and Burlington, right in front of the Tribal Council Office.

He waved as he turned the sleigh onto Burlington and headed for Main Street, where the parade would officially start.

Groups of carolers, the high school cheer squad, football players, and the marching band from the McA all had floats decorated, lined up and ready for the stroll. They were all waiting on him.

Santa’s sleigh was at the end of the parade.

Always save the best for last. 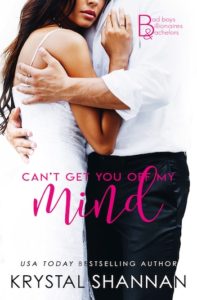 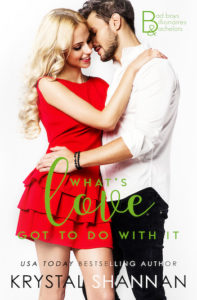 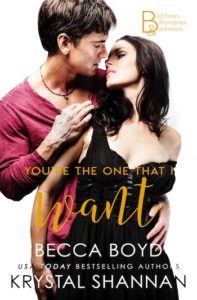 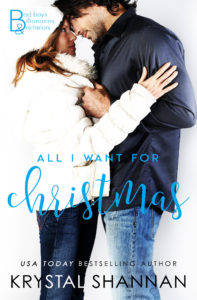 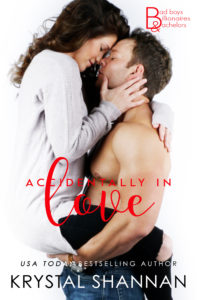