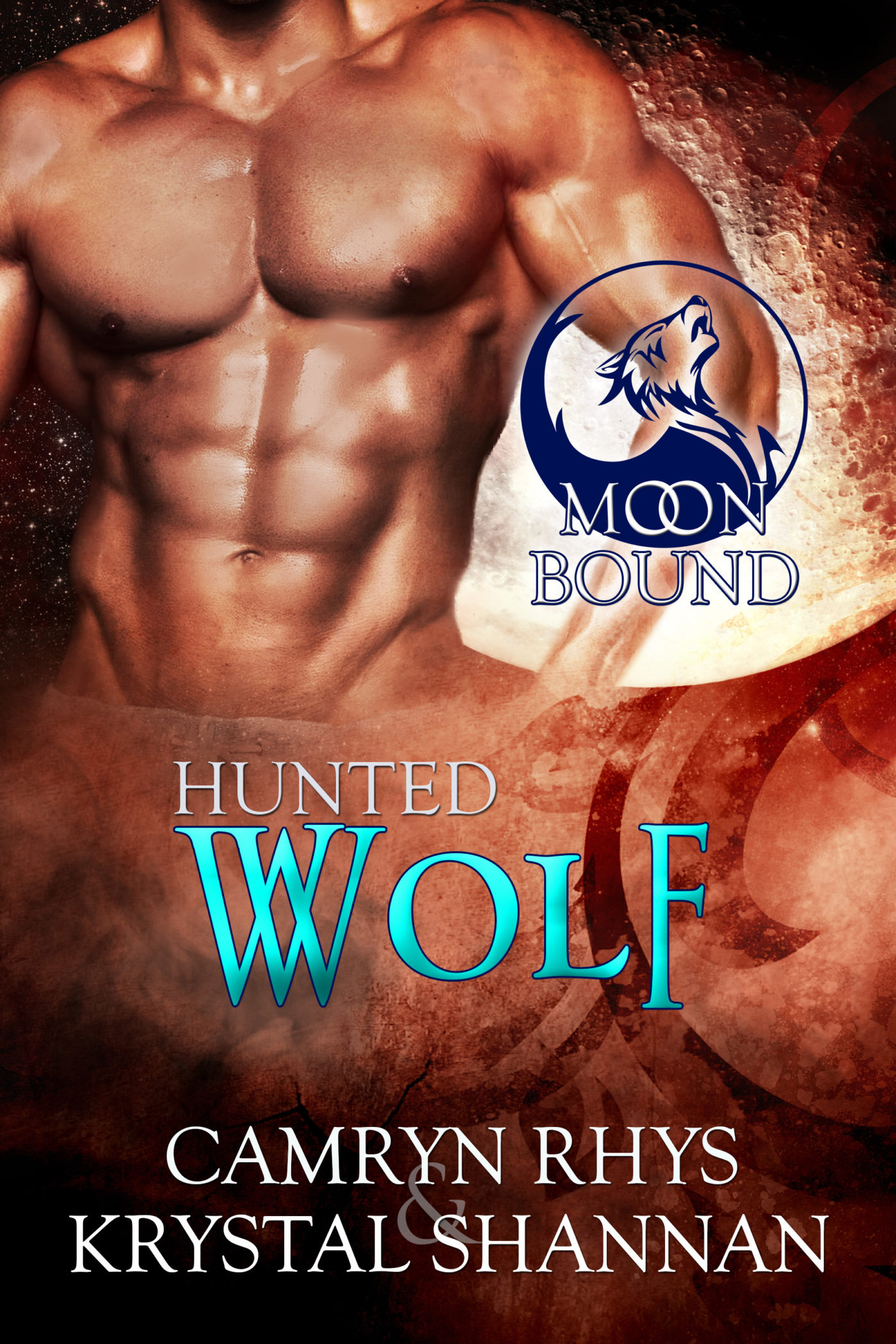 With plans to kill a psychopath, nothing will stop him.

Not even the magick.

Holding a gun and storming a beach like a courageous soldier is strange territory for Hannah Lee, a quiet Portland EMT. Stepping foot on that beach changes everything for her. Feeling an undeniable magickal pull, Hannah knows her real mission: find the wolf who sets her heart on fire. She never expected him to come in war paint and Kevlar, wielding an automatic weapon. But Viper has an agenda of his own—despite the attraction he so desperately feels. Will he succumb to the magick or will his vendetta stand in the way of what Fate desires?

“You look like you’re going to murder someone.” The commander’s voice broke into Viper’s revenge fantasies.

He had his hands fisted and pounding on his legs, which bounced in tandem with his heartbeat. “That’s my job, isn’t it?” He cocked an eyebrow at Rain.

The commander laughed and smacked him on the back. The plane’s engines hummed around them, and whatever comment Rain made was lost to the night.

Flying across the country, from North Carolina to Mexico, was technically flying back in time. Not far enough backwards for the likes of Viper. He would’ve liked to have gone all the way back to when Adrian Rossi had first started his operation. Cut the man’s balls off and wear them as a necklace. Filet him like a fucking side of beef.

“Okay, man, you have got to settle down.” Rain touched the muzzle of his unloaded M4.

Banner sat next to him, eyeing them with raised brows, as though asking if it would be necessary to intervene. They were so spread out, though, it would have been a jump. The MC-130 was flying light, with Gray leading the other Black Wolf squads on paratrooper training somewhere in the Smokies. What had been a week of easy base work had turned into his dream come true. Objective: Adrian Rossi.

He’d volunteered for this one. Viper had known he’d need to hunt down Adrian Rossi from the first moment he saw the video feeds from that island. Those defenseless children needed retribution.

Every time Steel had brought up the video feeds to do some work for the enforcer team, his blood had burned a trail through his body that still fueled him. Defenseless girls being beaten, being raped.

He was going to save them all. Every last one. And he’d kill anyone who stood in his way. He couldn’t wait to feel the old bastard’s bones crushing under his hands.

“Dude.” Banner kicked his leg and Viper looked down to see it bouncing again.

Fuck. Gotta settle down. Rain had already warned him about the civilians, and that was going to be hell enough. Having to run around trying not to shoot civilians, while they had to seek and destroy.

One of the pilots popped his head back into the galley. “Commander DuBois, three minutes to landing.”

Rain nodded and shouldered his weapon. “Okay, guys. We’re about to land in Mexico. There’s a little landing strip outside Choaca about twenty miles. One of the enforcers has secured us two boats.”

“The civilians are still coming with us?” Viper asked, barely able to keep the lace of anger from taking over his tone.

The silence edge to Rain’s voice gave him all the reprimand he needed. He’d voiced his concerns during initiative prep and been rebuffed. He wasn’t high enough on the food chain to merit input into the mission specs.

Rain’s sigh would have gone unnoticed if it hadn’t been telegraphed in his shoulders. “What?”

“Civilians, sir. I know you think they’re not going to be an issue, but—”

He shook his head. “You’ve said all this before.” Translation: Unless you have new information, shut the fuck up.

Banner spoke up for him. “It still seems like a better plan to requisition a couple of birds and drop straight onto the island, instead of the beach incursion.”

There were various nods from Colt and Warrick, while everyone else looked straight ahead, like they’d been trained. Too many years of honing wolf senses made the Black Wolf squads a different kind of unit. Not the lock-step bitches of the open military.

Everyone felt something was off about this mission. It wasn’t just Viper. If he’d been alone, he would have shut up like a Chik-Fil-A on a Sunday morning. But he wasn’t alone.

This mission had failure stamped on its fucking forehead.

Hell, he wouldn’t have been at all surprised to find his M4 made out of gummy candy and his body armor replaced with a Superman cape. Shit. This thing is a mess.

And it was going to get someone killed. Viper just hoped it wasn’t anyone on this plane. He didn’t want one of the good guys going down on this one. Not because of poor planning.

“The alpha council was clear. We are backup manpower.” Rain leaned into the landing and they all braced for impact.

When the wheels made hard contact, and they all shifted forward in the momentum change, the mission was real. Now or never. There was no time for a second thought. But dammit, this was a shitty plan.

“But that’s not what Command said,” Banner said, with one eyebrow up. He lowered his voice as the engines slowed. “I thought we were leading the mission.”

“Oh, we are.” Rain unclipped and stood while the plane came to a stop. “And I made it clear to Maggie, we’re in charge, as soon as the beach incursion begins.”

“Fuckin’ really?” Viper spat. “Because I don’t want them getting caught in the crossfire. We’re not losing a man today.”

The Rangers all grunted in assent and stood on cue. The plane finally jerked to a stop and they all filed out after Rain.

Something itched under Viper’s skin, hard and electric and ready.

He’d been dreaming about this moment since he first got a look at those security feeds. Adrian Rossi had his pound of fucking flesh coming off, if Viper had to carve it out with his fingernails.

The engines cooled the noise and the back of the MC-130 opened into almost pitch black. How the hell the pilots had even landed was beyond him. The stars were out, and the half moon. But otherwise, the night was gray. Viper almost dropped his NODS so he could see in the dark.

But there was a light off to the right. A GMV. Or some kind of motorized vehicle, because there were headlights. Whether or not they’d be able to requisition an actual combat vehicle was unknown. The deployment had come without warning, and the state of readiness of the on-the-ground civilian crew was also unknown.

The tickle under his body armor grew with each step. Shit, was he this excited to be finally within striking distance of Adrian Rossi? His blood raced at supersonic speed, thudding in his ears. And there was no huey, so he couldn’t blame the blades of a bird. There was only the Combat Talon, and that was receding, its engines barely a hum.

A spark slid across his chest and he had to hold his breath to let it pass. The fuck?

His first instinct was to raise his weapon, being charged on like that, but the commander opened his arms and accepted the woman’s jumping hug.

He hadn’t seen Rain Dubois hug a woman other than Nora in his entire life—the whole ten years he’d known the man, not one single running hug. Plus, Nora was his mate, so it was acceptable.

“Mags!” Rain grunted, hugging her back. “Good to see you again.”

Viper shouldered his weapon and itched at his chest, where the weird energy hadn’t stopped bugging him. And it was getting worse. It was almost like something was on fire under his skin.

“Boys,” Rain said with a big smile, “This is Maggie Gallagher. Biggest badass in a small package you’ve ever met.”

“Hi, boys.” Maggie’s voice was lost among all the bodies in front of Viper, and he was distracted by the insane freakazoid crawling thing that was quickly spreading through his body.

It wasn’t on his skin. He knew the difference.

“Well, I hear you have some boats,” Rain said, walking around the vehicle with the little woman.

She was introducing the commander to a bunch of other people that Viper couldn’t be bothered to acknowledge.

Let’s get on that fucking island.

“This way,” Rain said to the team, and they followed in a line.

Around the side of the vehicle, there waited a group of one…two…three—six others.

Banner elbowed him. “Shut up about that, dude.”

The little spritely thing with the short hair was holding hands with a bald dude and she waited for all the Rangers to settle before she spoke. “Andrea and Vadik are going to set the charges before midnight and call me when they’re set. Once they’re set, we’ll have half an hour to get to the beach and we should be on the island when the explosion happens so we can take everyone by surprise.”

“You have the boats?” Rain asked.

“Luther got them. We’ve got a dock over here about a quarter of a mile.” Maggie pointed off toward the glow of lights in the distance that must’ve been Choaca. “The island is about five miles off the coast. I’ve mapped out the edge of the visibility of their security cameras, and we found a spot we can tread water until we get Andrea’s call.”

The commander nodded and glanced back at the Rangers. “Boys, these enforcers are good people. They’re not trained like us, but they have just as much of a dog in the fight, maybe more.”

“We’ve spent months tracking this guy and trying to get at him,” an Appalachian-accented male voice said, from the other side of the group. “This is our last chance before our alphas physically come and remove us from Choaca.”

“Donovan’s right,” Maggie said, tightness in her tone. “This is our last chance.”

“These guys all have a dog in the fight, too, Mags.” Rain clapped Duke’s shoulder.

Viper shifted from foot to foot behind him, wanting to voice his agreement. But the strange energy was pulsing around him, and he didn’t trust his voice.

“But I know, like you said,” she continued, “You’re on point. We’re just here for support.”

“We have orders to take Rossi alive,” a soft female voice wafted over heads and struck Viper between his ribs like a punch.

He caught his breath and chuckled. “We’re authorized to use lethal force, sweetheart. There will be no taking alive.”

“The hell there won’t.” Maggie’s retort surprised him. For a woman who had so clearly said she would follow orders, she was awfully mouthy.

“Our objective is to take the island,” Rain said, putting out his hand. “So let’s get to those boats. We’re coming up on 2330 local time. That only gives us half an hour to get to the boats, get our gear loaded, and get out to the checkpoint.”

Viper shrugged and moved to his right, away from the rest of the group. Pissed didn’t begin to cover it. His commander couldn’t actually be considering diplomatic means. There was no reasoning with psycho.

His arm brushed against something…someone…and electricity shot through him like a spark. He shook his head and looked over to find a pair of dark, narrowed eyes, pinning him in shock.

A woman. And with that kind of energy… 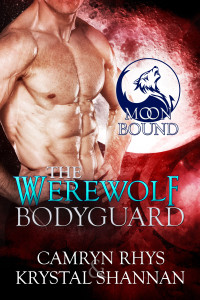 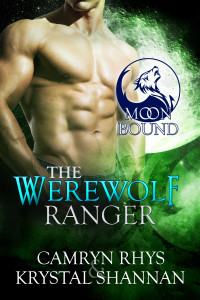 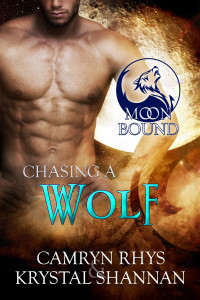 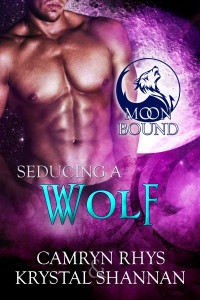 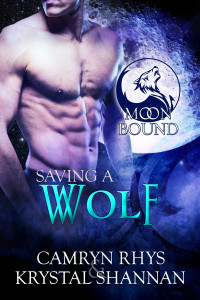 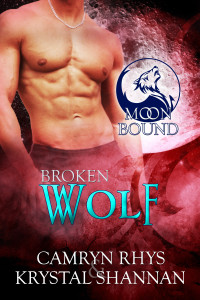 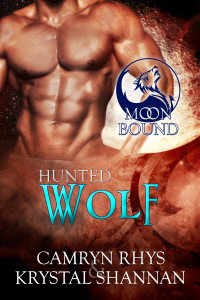 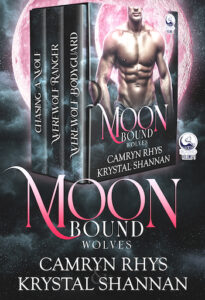