Chasing a Wolf is a paranormal romance from my new Moonbound Series. Chasing Wolf and the other books in the Moonbound series were written in collaboration with Camryn Rhys. We had such a blast joining our efforts to create these wolf shifter stories. I hope you love them as much as I do! 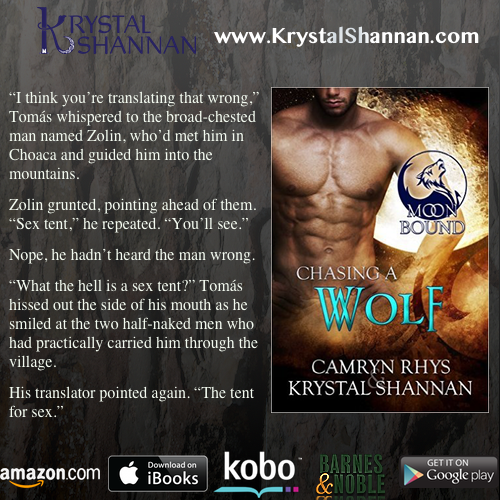 Vegas pack enforcer, Tomás Rivera, will do anything to help the mysterious Citlani find her mother. As the daughter of an unknown mountain pack chief, Tomás finds Lani entrancing and irresistible. As a fire erupts between them, igniting passion and desire, they don't realize that the closer they get to locating Lani's mother the closer they are to danger. With a vindictive traitor on their tail, they must battle their enemies while still fighting for what they discovered along the way—each other.