Have You Read My Viking Vampire? - Krystal Shannan

Have You Read My Viking Vampire?

My Viking Vampire is the first book in my Sanctuary, Texas series. This paranormal romance is set in a whole new world and filled with vampires, dragons and so much more… 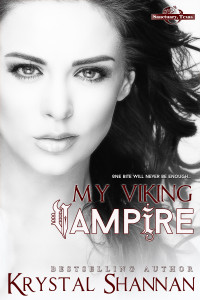