Have You Read my Vegas Mates Series?

My best selling paranormal shapeshifter romance series, My Vegas Mates is available in a box set!  Check it out and get the first four Vegas Mates book for $7.99! 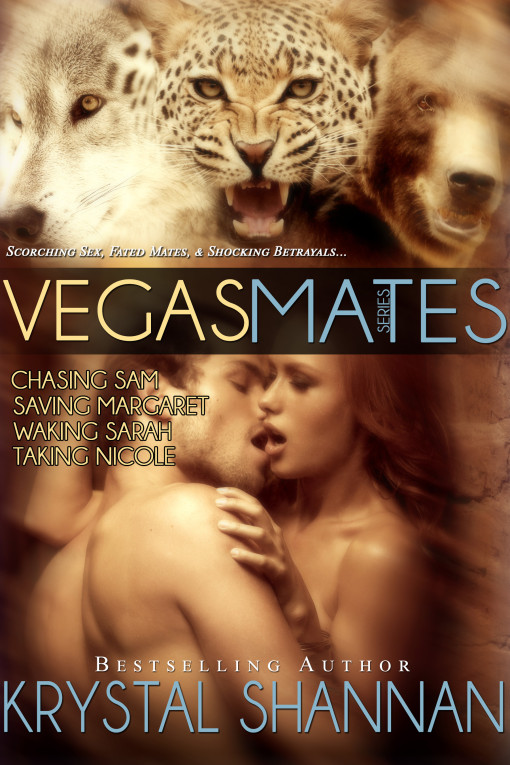 A lot of things are chasing Sam, but will the right man catch her in the end? Or will a barbaric tradition ruin her only chance at happiness?

Successful, but lonely, Margaret Taylor finds her mate in the body of a man she least expects it in. A bear! Her human half tries to reason her way out of the match, but her wolf is through with her excuses. Crossing the species line isn’t unheard of, but it’s not often done.

Try as she might to avoid him, fate makes sure the big grizzly bear is nearby at all times. But, will his presence be enough to protect her from the evil stalking her?

The power of the magick between them can’t be avoided. But, Scott O’Hearn thinks the beautiful Taylor wolf is doing a fine job of just that –avoiding him. He can’t help he’s a bear shifter and he’s determined to convince her it doesn’t matter. She is his mate and he’s waited over a century to find her.