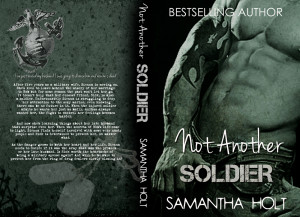 Title: Not Another Solider

I’ve just buried my husband. I was going to divorce him and now he’s dead.

After five years as a military wife, Sienna is moving on. She’s keen to leave behind the misery of her marriage to Rob but for some reason the past won’t let her go. It doesn’t help that her closest friend, Nick, is also a soldier. Unfortunately Sienna is struggling to deny her attraction to the sexy marine, even knowing there can be no future in it. When the injured soldier admits he wants her just as badly, and has always wanted her, the fight to control her feelings becomes harder.

And now she’s learning things about her late husband that surprise even her. When the secrets of Rob’s life come to light, Sienna finds herself involved with some very nasty people and Nick is determined to protect her, no matter what.

As the danger grows to both her heart and her life, Sienna needs to decide if it was the army that was the problem or her late husband. Is Nick worth the heartache of being a military spouse again? And will he be able to protect her from the ring of drug dealers slowly closing in?

“It’s just a little ice,” he spoke in a low, seductive manner.  Taking the cube of ice, he brought it from her pussy, to her bountiful melon shaped breasts.  As he locked his eyes on hers, David traced along the perimeter of her now hardened nipples.

Mel moaned in delight, as he masked the chill of the ice with the warmness of his tongue.  “Whoa!” she cringed, taking another deep breath.  Her juices were slowly making their way from the top of her spine, down her back and crashing down between her legs.

David was an expert at this beyond any doubt and he basked in the knowledge that he was pleasuring her, immensely.  His sweet caresses became more intense as he rolled his tongue over an around her hardened nipple. Tearing his lips away from her, he allowed a few droplets of the water to sip from the melting ice cube to her overly sensitive peak.  As the cold liquid, landed on her, a jolt of pleasure cut through Mel.  Once again, her breath caught in her throat, when he took her nipple into the warmness of his mouth, sucking hard and amplifying her desire for him

When he suddenly withdrew himself and took her into his arms again, she almost cursed him for stopping.  However, she quickly realized that they were simply moving to his bedroom.

Samantha lives in a small village in England with her gorgeous twin girls and husband who is a trained bodyguard and ex-soldier (Yes, seriously!). She traditionally writes historical romances involving chivalrous knights and hot highlanders, but occasionally dabbles in contemporary romance. When she reluctantly leaves her computer, she enjoys exploring old ruins and indulging an early midlife crisis. Adrenaline filled suggestions for the bucket list are always welcome!

2 x ARC copies of Not Another Soldier 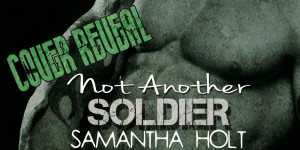