Texas on the Rocks Excerpt 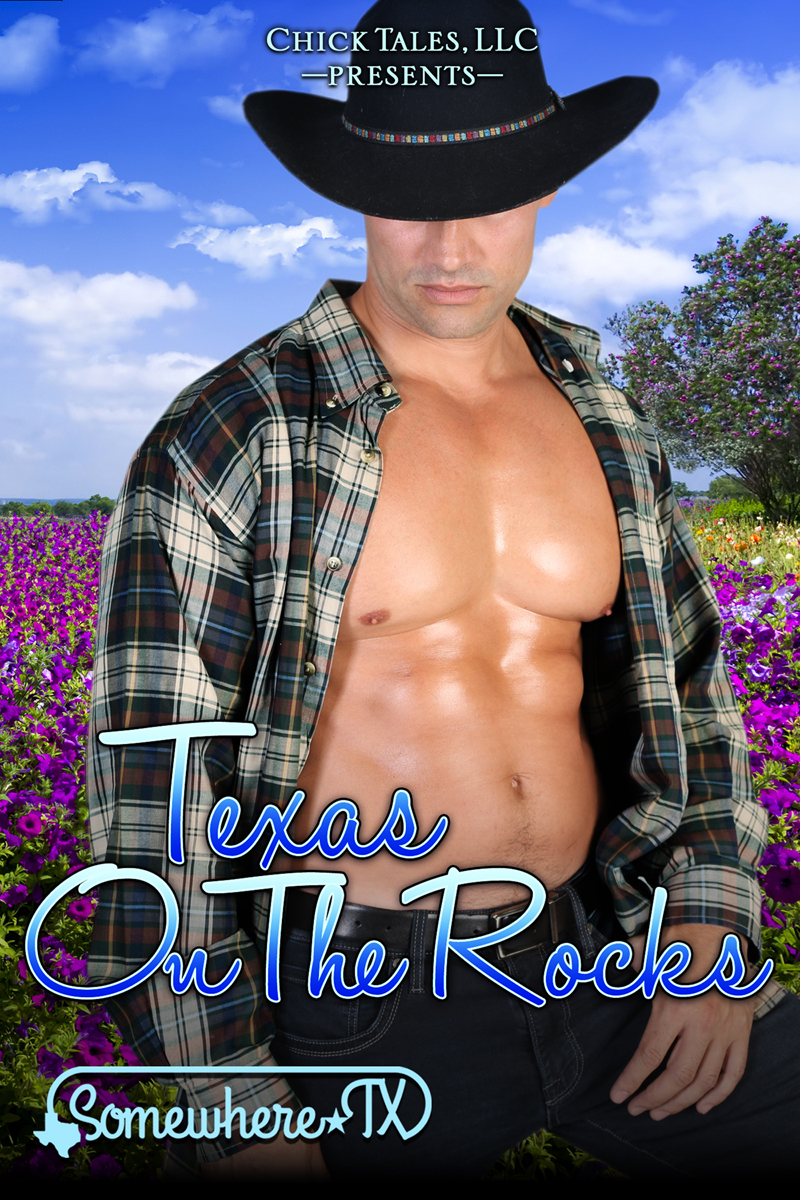 Somewhere, Texas, was too small for a five-alarm fire. So when Will Johnson tore his eyes away from the late college football game to find his phone buzzing with five little fireball icons on it, his whole body went on alert.

Aidan’s phone went off only a few seconds later, as A&M was about to kick an extra point. “We should get going.”

“FIU to the rescue.” Will pushed his unopened beer back across the bar. “Better settle up. We have to go on the clock.”

Joe Walker took a swipe at the dark wood in front of them with a white bar towel and leaned in. “Shouldn’t you be off-duty, if you’re gonna drink?”

“We are off-duty.” Aidan pulled out a couple of bills and Will added his to the pile.

Joe’s eyebrow went up. “Why are you getting called in, then?”

“We’re not really getting called in.” Will searched the surrounding chairs for where he’d thrown his McA cap after the touchdown. “It’s this volunteer unit that new chief made us sign up for.”

“We just call him Steven, now.” Aidan snorted. “For more than a year.”

“Yeah, I think that makes him officially not new,” Joe said.

“Not to me, it don’t.” Will let his old accent out and held out the phone for Joe to see. “He actually sends us texts with little mini fires on them.” He pulled the cap down over his eyes and stuffed the phone in his pocket. “Jackass.”

“You’re ornery today.” Joe scooped up the money and took the unopened beer bottles behind the bar. “Who spit in your soup?”

Will shook his head and walked to the door, not caring much whether Aidan followed or not. The football game had put him in a bad mood, but Joe had a way of getting down to what was really pissing a guy off, and that was the last thing Will wanted.

Aidan stopped at the door to Will’s truck. “Should I follow you to the station so we can take the new FIU-mobile?”

Will shook his head. “It’s still in the shop.”

“Good. That thing is a beast.” Aidan jumped in the cab and slid onto the slick leather bench seat.

“You call in,” Will said, letting the truck idle. “I won’t be home tonight so I should call my…” but he stopped and his chest tightened. His finger froze on the front of his phone. No, he didn’t need to call his mother. She wasn’t there to call.

Even a month hadn’t been enough for him to remember. He waited for the awkward silence to begin.

“You do it. Give you a chance to razz Ruby, anyway.” Aidan handed him the radio that had been Velcroed to the front of the seat. “We all know how you love to do that.”

Will depressed the button with a thankful smile. “Hi, Ruby. It’s Will and Aidan.”

They exchanged the typical inside-joke glance when Ruby huffed onto the radio. “William Fitzgerald Johnson, how many times have I told you to use your protocol sheet?”

“That’s not my middle name, Ruby.”

She sighed in a staticky burst over the radio and then her holier-than-thou tone. “This is base, unit nine. Go ahead, please.”

“FIU9 responding to fire code. We’re on our way to you, base.”

“Negative. Respond immediately to location.” She read out an address south of Old Town, not far from Town Square.

“Is that business or residential?” Will asked.

“Residential fire, spread fast. Both trucks are out, and Chief put in a call to surrounding rural volunteer stations as well.”

“All right, base.” Will punctuated the words with care, in case the chief was listening. “FIU9 responding to residential fire call. Over and out.”

Aidan’s brows went up. “He called in the small trucks again, plus the tanker and ladder. What the hell, man?”

“I swear to you, Aid. If he keeps wasting city money like this, I’m gonna register a complaint with the commissioners.” Will’s knuckles whitened as he closed his hand tighter around the radio.

“If this isn’t the biggest fire the town has ever seen, I might back you up on that.” Aidan turned onto Front Street. The night sky made the smoke hard to see, but as they turned left onto Center Street, they noticed the flashing lights.

The fire was harder to make out, until they pulled in past the trucks. The smoke had billowed so big in the night sky, it looked like a tornado had parked above the house and sucked it up into some far cloud.

Two tankers were spraying the house from all directions. Firefighters—some he knew, some he didn’t—wheeled up and down ladders. A crowd had already formed on the front lawn.

Will pointed around to the house next door. “Park over there, by the cruiser.”

“We’re not clocked in yet. We can’t interfere until the crews clear out.” Aidan slid the truck into park.

“Yeah, I remember the training, too.” Will jumped out and surveyed the neighborhood. They were on a long street, decent houses, half-acre lots on some of them. Old part of town.

The house on fire was up close to one of its neighbors, and had a big lot on its other side that was obviously manicured and kept for the house next door. A long, knee-height wrought-iron fence stretched around the nicer house and extended off toward the house on fire.

It wouldn’t do much to keep out intruders—you could step over it and be in their yard—but it appeared to be marking some kind of flower bed on the exterior of the property.

Near the far corner of the fence, far from the crowd and the hoses, something dark and squat lay on the ground.

Will motioned to the other property. “I’m gonna take a look over there. Something’s laying over by that fence. I should clear it out.”

Aidan pointed to the old ladder truck along the other side of the house. “I see Chief Mac by the Toliver truck. I’ll check in for you.”

“You do that.” Will yanked his hat down and jogged toward the lawn. Two little girls skipped past him, along the sidewalk, their faces alight with wonder at the big blaze.

The grass was wet, for an October night. Someone had been running their sprinklers, and on a cold evening, even. He glanced at the landscape markers to note where exactly he’d stepped into the wet grass. It had been pretty cold the last week. Unusual to see sprinklers running at night.

With a squish, his feet suddenly hit dirt. Will slowed his steps. He couldn’t make out anything in the dark grass and flicked on his phone. Still not bright enough.

He slid up the screen and turned on the flashlight on the back of his phone, and suddenly the ground around his shoe lit up. There were big patches of dirt where there was no grass. Random little circles in two spots where it looked like the grass had been removed.

Carefully, Will brought his foot up off the muddy spot and examined the damage he’d done. Dark mud clung to the sole of his running shoe in clumps. But you couldn’t see the print of his shoe in the mud, it was so wet.

He’d have to make another note when he got back to the truck.

Someone shouted his name, and Will turned. It was Hudson Peters, one of the guys who was usually on Will’s crew. In his bunker gear with the roll of yellow caution tape and the dark sky billowing smoke behind him, Hudson looked like something out of a horror movie.

“Yeah, I saw Aidan. I’m running the perimeter. What are you doing over here?”

Will put his foot back down, trying to miss the strange patch of mud. “I saw something laying in the yard in the back. I wanted to check it out.”

“Yell if you see anything.” Hudson kept rolling the tape.

“Don’t worry, I haven’t forgotten the secret handshake.” Will kept walking toward the shape. It looked like a coat. Could have been tossed from the window. Although…

It wasn’t much of a movement, but it was obviously someone or something alive. Will took off running for it and jumped over the short fence.

He sank to his knees in the wet grass beside the moving object. He put his hand on the fabric-covered body. A shoulder. It turned over, as Will pulled it, and he sat back on his heels, rocked by the familiar face.

“Hamilton Kidd,” he whispered. The nationally famous college basketball player who had led McA to their first tournament victory the previous year. Slated to be player of the year this year.

But there had been more to the story. Will remembered seeing him once in the hospital, in the cancer wing. That had been why he transferred from UCLA. His mother had been diagnosed with some kind of cancer.

A big fist pulled at Will’s gut. He knew what it was like to have a sick mother. This kid could have been Will. He was a good kid.

Except this good kid was lying unconscious on a wet lawn, with his feet back toward the house as though he’d tripped over the fence while he was running.

Running away from a house fire that now blazed so high, the entire two-story frame was made visible in its wake. There would be nothing left in that fire but ash.

Well, given this town’s propensity for gossip, it would be ash, and the proverbial remains of the best college basketball career Somewhere, Texas had ever seen.