To Love A Mate - Krystal Shannan

To Love a Mate 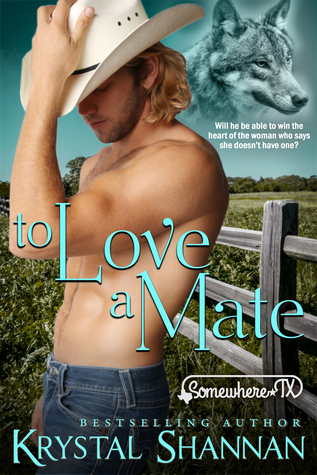 Can a small-town cowboy win the heart of a woman who doesn’t have one?

Surviving charity functions by day and automatic weapons and death threats by night, Emma Carrington learned to be as hard as the men her daddy hired to protect her. Hell, she even carried a military grade stun gun in her Prada bag and could shoot just as well as any of her ex-military bodyguards if the need arose.

When a failed kidnapping attempt forces her to hide out in Somewhere, Texas, Emma finds herself stranded, floundering through cow patties, and desperate for a car. Who better to “borrow” from than the sexy naked man she sees turn into a wolf and leave his perfectly good pickup truck available for use. It’s not like he can drive it in his current condition, right?

College senior Noah VonBrandt knows the pack law better than anyone —only a bonded mate can know his secret. He watched his brother find the mate of his dreams and he wants the same thing, but you can’t just make the “right” girl appear out of thin air. To his surprise, lightning does strike. When a beautiful blonde woman trespasses on the ranch and sees him transform, he knows he only has two choices —claim her or let the pack erase her memories. But even as Noah fights to save her, Emma’s past is hot on her heels and out for more than memories.

A well written, fast paced exciting, captivating read. I love when an author pulls feelings from the reader; I laughed, shed a few tears, and cheered for the awesome characters in the story. I loved it, and can't wait for the next book in the series.
- Amazon Reviewer